Goalie handling puck in net. First off this:

Before hand I would like to state that I am not a goalie. These are just areas that I have noticed and can see a potential improvement in.
Goalie is hard to play? Okay, compensate by having more

. These changes could even make goalie a more viable position to play. More goalies = more competition = better goalies = better ZHL = flourishing community and so on... I have seen complaints of there being a lack of goalies to choose from as opposed to a boatload of skaters 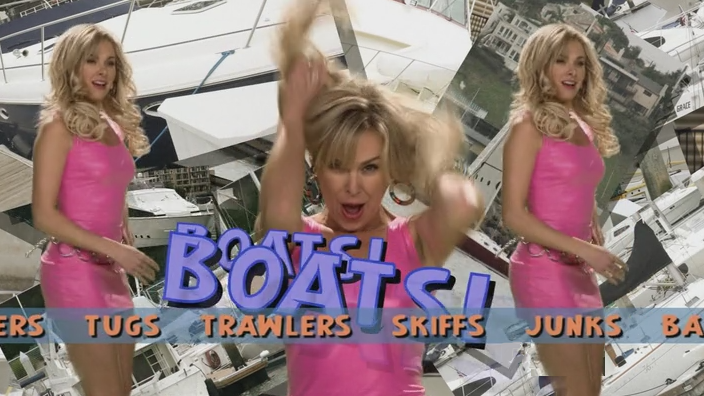 Secondly, make the crease slightly bigger. Dunks can be avoided. Dunks will become in issue because the goalie would have to position his stick behind the line and even if he caught them they would be a goal. This is the image of a crease in real hockey:

If not, at least make the crease touch the posts:

Third, remove the bounce-off-of-the-crease when a zealot enters the region. Instead it should slow or stop the zealot on the edge. Zealots bouncing off of an imaginary line isn't realistic and is in fact frustrating when playing defense or offense. This change would make a zealot defense more viable especially when the goalie is pulled. A bigger crease as suggested in my second point would prevent players using this for a faster "bitch defense" as the increase in circumference would be harder to cover by standing zealots.

Fourth, I noticed that when clicking behind or to the sides of the net whilst being inside the crease/net the goalie does not face the direction he is heading in and instead moves awkwardly (not facing direction of travel). Clicking outside net to have your immortal's stick not fully turn could make or break the game. Very easy fix in data editor.

Fifth, (not really related) zealots and pucks respond weirdly when hitting sides of the net and do not act in the same way they do if they were to hit the boards (sides of the "rink"). Fix this and it could potentially improve goalie mobility when leaving the crease to chase the puck down, also it would be a physics fix. It's almost as if the sides of the net seem to be made of sponge. P.S. Slight reduction in original momentum should be the same when the puck hits one-timers, boards, net, posts due to the change of kinetic energy into heat, sound, light etc.
~The two words you are thinking when you see me before you get WrecKT.

I like most of these ideas. Especially the crease increase. In addition to this, I don't like how other zealots can stick their sticks into the crease. I think that this should be changed.
Top

Fifth, (not really related) zealots and pucks respond weirdly when hitting sides of the net and do not act in the same way they do if they were to hit the boards (sides of the "rink"). Fix this and it could potentially improve goalie mobility when leaving the crease to chase the puck down, also it would be a physics fix. It's almost as if the sides of the net seem to be made of sponge

If you hit the back or side of the net, the puck would be deadened as it is hitting a net, rather than a hard object such as the boards. So this physics is currently realistic.

Also with regard to perceived shortage of goalies. There are numerous people who can play goalie but rather skate for example Guerilla, Proster, Cafca, etc. Most ppl think skating is more fun than goalie bc you get to move around a lot more, steal pucks, score goals, etc. That's not going to change with a few tweaks to the crease.
https://www.youtube.com/watch?v=UGxyWK-0Avo
Top

@Kaioken: Acknowledged. Increasing the size of the crease could make the fact that the zealots stick is inside this new larger crease negligible.

@daggius: Maybe, but it will make goalie easier. All we can do is create incentive. Also the net that we currently have is a piece of rock and should be treated as such, notice how it doesn't move when you skate into it.
~The two words you are thinking when you see me before you get WrecKT.

As goalie - only thing should really be tweaked is the speed for force field to show up. There is episodes when attacker shoots the puck in far corner and no matter how fast you press x - its too late, making goalies to press x before the shot (as in GUESS).

1) There will be new net box in league mode - that should change some of those things 2words said.

2) I was complaining to my fellow eu zh player - and he made great point - without goals hockey wouldnt be much fun. And since there are some balance - 11 games out of 24 in eu zh league have ended with 2 goal difference or less and only 1 mercy rule in those games and 1 overtime and 1shootout - it would be a shame if we would live in world where that balance would be broken - eg more mercy rules, or less goals.
So please dont change only because some ppl complain about goaltending being hard - being good skater also takes alot practice - only reason why nobody points out skating being hard is that most of time bad skater doesnt lead to lost goal. Rigensis wrote:3) Work in defense more if goalie is bad.

This is the biggest buff a goalie can get. A goalie can only be as good as the skaters in front of him. Best goalie of last season (Ken) always said this. All it takes to be a "good" goalie is to not let in many "soft" goals, which can be achieved just by good positioning and X timing. A great goalie needs to stay calm when things like breakaways happen, and have very quick reaction time. The best goalies know everyone's shooting habits and can make saves that would otherwise be impossible, like the gif we saw of Ken soul reading Proster.

I agree that we need more goalies, but I think the biggest thing we can do to help getting more people to play goal is to be more understanding of the people trying to learn. I've gotten a lot of flak over the past month and some that I've been trying to get comfortable with goalie. It can be very discouraging. Over-buffing the goalie position is going to make it VERY hard to score against a top-level goalie, and hockey without goals is boring.

The only part of this post that I like is increasing the size of the crease. Dunks are super, super strong right now and the players that can execute them well are very hard to stop without a perfectly timed steal. Bigger crease means no more dunks, which personally I'm okay with. It also means less bitch D, which I am definitely in favor of.

But seriously, people, encourage the people trying to play goalie instead of venting your frustration on them. It is (in my opinion) by far the hardest position in the game to master. Be a mentor, not a critic.
Top

As goalie I totally agree to Crush. It is much more interesting to prevent goals from happening with your team defense then with buffed goalies. As for dunks, maybe it is just me, but I like to counter them (or trying at least), and perfect dunk is really hard to execute in game in my opinion. Really like the idea to increase the size of the crease as a nerf to "bitch defense" and giving goalies slightly more space when they need to make a pass
Splatty is genius http://splatty1983.deviantart.com/
Top

i agree with everything that was said about acceptable, good and great goalies. i agree so much i would fistbump the guy if i could

p.s. i dont always goalie, but when i do, i make sure to have 0 points!
(but srsly, this change in how goalies get points is ridiculous, you're either at <10pts or MVP)

crush ima tell u a secret. if someone comes to dunk on you , just left click the puck away from them. it aint even fair because they physically can't resteal it since you're partially in the crease. dunks are like the worst move in the game in real games and have like 10% success rate
https://www.youtube.com/watch?v=UGxyWK-0Avo
Top
Post Reply
63 posts