Are you starting a Zealot Hockey team? Maybe your looking to join one? Well this is the place to find them!
Post Reply
12 posts

It's been more than a year. And players, people, move on.

Generalxl and I have taken the decision to disband the clan and we have our reasons.

-To begin with I will stop playing ZH in less than a month and I officially retire from competitive play from this day. I have my personal reasons such as real life among other gameplay wise reasons like my 120 ms on EU. Note that I'm not saying I will stop playing ZH because never say never. Most likely I will log in to play a couple privs/pubs here and there.

- Generalxl, the founder of this clan has also retired from ZH. He was, in my opinion a way better leader than I am and also a great strategist. I believe that his good tactical play and motivation played a very important role in our success

- The departure of an iconic player for us such as SplatterArt (best goalie in europe in my opinion) also hurt us.

- The best player in europe (in my opinion) who is Joker, is not as active as he was before and even left the clan for a ladder clan while still being part of us but we could see his lack of motivation in the last tournament (EU Open) where he didn't want to play because he just wasn't motivated although he still played it because someone promised awards. Since rewarding players for winning tournaments is over, I doubt Joker has the willing to play more tournaments/leagues (Rigensis can prove this, sadly).

- Later I took the lead of TWKH and tried many things to revitalize the clan like getting new signups (I'm sorry for this Strymx, Gust and Vapour). Wrong decisions made by me I believe that also hurt the clan like trying to steal Sharp from TUPL. The new signups worked to some extent but 2 players + Vapour who proved to lag with bench (and people love bench in EU so it would be near impossible for him to play lag-free in any tournament, much love from eu Vap <3) aren't enough to fill in the gaps of what was once the core of the team (Splatter, Junky, neX, Joker, Generalxl).

- I knew the day where I had to stop playing would come and I planned transfering the clan ownership to McDoudles who sadly left us yesterday because he wasn't comfortable in the team anymore as some of the most important players left us (Splatter, general), and others weren't that active (neX, Joker), plus he didn't feel respected in the clan for what I heard from him yesterday and I'm deeply sorry for that, I wish that wasn't one of the reasons for you to leave...

All I can do is to thank every player that has been and is part of TWKH for helping us become what was and is to the present day the best Zealot Hockey clan that has ever existed in the world (Ignorant alert!: I'm saying in the world because I think there are no clans in NA that have won 3 tournaments and 1 league, if so, I'm sorry).

We have been through some sad moments but those sad moments ultimately were the turning point for us to rise again and do the epic comebacks we were used to make. Some of the best moments were the finals of the COTEP, that overtime win tho

.
When we lost 7-0 to TRTH and 8-3 to TBKH only to make an epic comeback in the following matches beating them and winning the league in the last match

In the EU Open I touched the sky of my gameplay style and that's where I felt most useful for my team, I was proud of myself and of course of my team after winning that tournament and watching our new signup Mc

Doudles play for us and help us win that tournament was also great. OPJokerOP!

There was also the Small EU which was the 1st tournament, won by TWKH. Quote from generalxl: "It was one of my happiest days and it also felt very important for me". So congratulations to DarthWoz, GizmomcS, neX and generalxl

Generalxl and I only have a last request. We don't want any clan to use our clan tag "TWKH" or our name "The White Knights of Hockey" in the future because we want to preserve the image of an undefeated clan that has won every single clan league/tournament to this date.

I'm sorry for this wall of text and of my poor grammar, hopefully it's a readable text. I want to apologize if this text is in any way offensive to anyone.

Also big thanks to this community, it's the best I've ever seen, everyone is so great and unique.

This also means I'm a liar since I promised more Top 10 ZH videos and that is very unlikely to happen since this moment. I will be leaving the channel officer status too.

With nothing else to add, Farewell TWKH.
click here
Top

So many things have changed

Farewell TWKH, may your heritage and memory will be honored!

I personally love to remember some past black vs white action

Shit got serious!
As a former white myself, I have to say this touched me more than I expected... great players and iconic clan from Europe. It's very sad to see you go, but as you said, it's your choice and I understand it. I just didn't realise it would happen one day.
An example to remember...

Hope to see you for games still, always a pleasure to have you around.
Top

It was a good time and I think we all will think of the big idol TWKH in future, taking this success and this leadership as aim to archive with the own clan.
The goal to get in there from the very first pub meet with nex and later the wish to defeat them in a tourney. Even if was just some crowding for the blacks

It will stay in our memories.

just wow. This touches me a bit.

Even tho being team owner of a heavy rival of yours, maybe the biggest, I still always felt deep respect and friendship to every white.

You guys realize that this is a blow to the clan scene... and the tournament I am planning .. without whites ... oh god.

However, I wish you all the best and be sure to know I consider you all buddies of mine. TWKH, we will never forget you, I mean this 100% honest.


I guess the people will still be around to hang out with. New teams will form.

Everything has an end I guess. 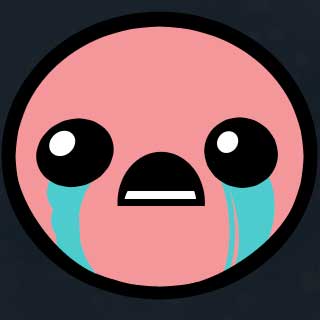 Everything is moving so fast TT It will be so weird to not see TWKH clan tag.
But oh well - someone needs to do something productive in life - real life before virtual life.
Thanks The White (and Amazing) Knights of Hockey for all the joy you have brought to viewers and tears to your foes. I am grateful I could be a part of this great team. Whoa, I've been gone for like a week and this is what happens?

This is so sad news for me. When I started playing this game the TWKH were preety much the best clan in EU and everybody played with the idea of joining them and being among the best. It's going to be very weird to log on to ZH and to stop seeing the TWKH clan tag anymore. Alas, all good things must come to an end.

Master Junky, I hope you won't plan on fully retiring. We still have quite alot of quotes to debate in the near (and far) future. Untill then, know that a special seat is planned for you my friend.

To the others, it was a blast to play with you. I've learnt so much while playing with you. Stay safe and take care guys and I hope we'll see eachother again on the ice.
Last edited by Blaster on Thu May 28, 2015 4:25 pm, edited 1 time in total.
Also known as the Wiseman.