Now that the crease is shaped like a " D ", skater collision into the " I " part of the crease that is not covered by the net will be tricky. Right now it just instantly teleports the skater to the topmost or bottom-most corner of the crease. Not sure if this is a bug or a mechanic but it can be used to throw off other skaters' clicks when in hot pursuit by those who are in the know. I feel like a fix would be to simply have it kill the skater's momentum and do that everywhere on the crease or just knock back the skater like it does so currently. If it gets too annoying due to people getting caught on the edge we can simply re-implement the curved crease on the sides of the net but not at the back so it looks something like an inverted " C " and not an oval.

P.S. Oh and if you do keep the " D " shape of the crease it would look a little more spiffy if the red line was all around the " D " and not just the front part.
~The two words you are thinking when you see me before you get WrecKT. Aware of this issue but consider it low priority for now.
Top

Just whenever ya gots the time

~The two words you are thinking when you see me before you get WrecKT. 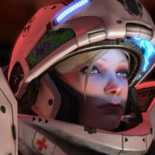 After a year with this on, we can see this acts more as a "bounce" off the top/bottom of the crease rather than a teleport. It works perfectly fine for the game's intents and nobody has been calling for this to be something that should be changed, and I've just fixed dunking, so we will not change the current mechanics of this.
Top
Locked
4 posts • Page 1 of 1