The ZHL draft will be a blind-auction style draft with minimum and maximum bid caps.

The ZHPL draft will be a traditional snake draft.

Due to the exciting quality and quantity of the sign ups, we have decided to expand ZHL and ZHPL by one team each, bringing ZHL to 9 teams and ZHPL to 7.

The draft date is still TBD. We are hoping to have the draft this Saturday, February 3rd.

Notable Rule Changes:
[ZHPL] Top 2 rounds of EUDL are now prohibited from skating in ZHPL (Players such as Tyrion, Luffy, etc.)
[ZHL] First seed picks their opponent after bye (can't choose the 2nd seed)
[Both] Teams are granted an extra remake for disconnections, until Blizzard fixes the disconnect bug (you can no longer reconnect to a game if you lose connection)
[Both] Players who change their name to another players name in the community will not be allowed to play in ZHL until their name is fixed
[Both] Cannot change server upon a remake, unless both owners agree
[Both] An attendance locked player is only permitted to play one regular season match vs a particular opponent.
[Both] No-Trade Clause: A player that has played in all of his team's games may veto a trade to another team. (There have been seasons in the past where a player who was playing in all of their team's games was traded or nearly traded to a dead team at the deadline.)

Any questions, comments, or concerns, feel free to message me or any member of League Management. The best way to reach any of us is on Discord.
Top

If you notice yourself or any other player signed up who is not listed on the draft board for ZHL or ZHPL, let me or a League Manager know ASAP.

The ZHL Season 12 Draft will take place on Sunday, February 11th at 6:00 PM EST. The ZHPL draft is scheduled to follow at approximately 8:00 PM EST.
Top 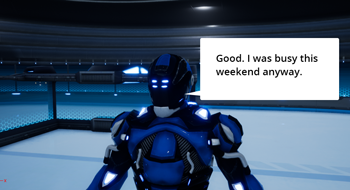