Early morning and late nights i see more people in default [Zealot Hockey] public channel than in our private [Official ZH Channel]... aside from few oldtimers, it's new blood, potential recruits or however you want to call them.

why are we not using the public channel to assimilate more people into this community? with SC2 going f2p it seems weird. can someone please address this?

maybe just keep recruiting them in, I remember Valenz and I doing this some time ago
Top

I still do it sometimes. But maybe it's time to migrate to the standard channel.
Since most news are posted on discord now that blizzard killed the news/event system
Top

Anyone who hasn't yet, please rate!
This gets us more attention and boosts our new player flow in pubs.

It is done in a few seconds and it is vital for the game!


Also don't forget we have an extended friends list for experienced ZHis. If you want to be invited to games regularly, make sure to be member (ask any mod to invite you)
battlenet://starcraft/group/2/198993
PV
EUDL4 winner #10-0
1st best forum spammer
ZHCL 8 9 Winner
EUDL5 Manager
Redline tourney finalist

I swear i saw his post somewhere, it has to be one of the copy pastas he is employing recently. Meta shitposting. 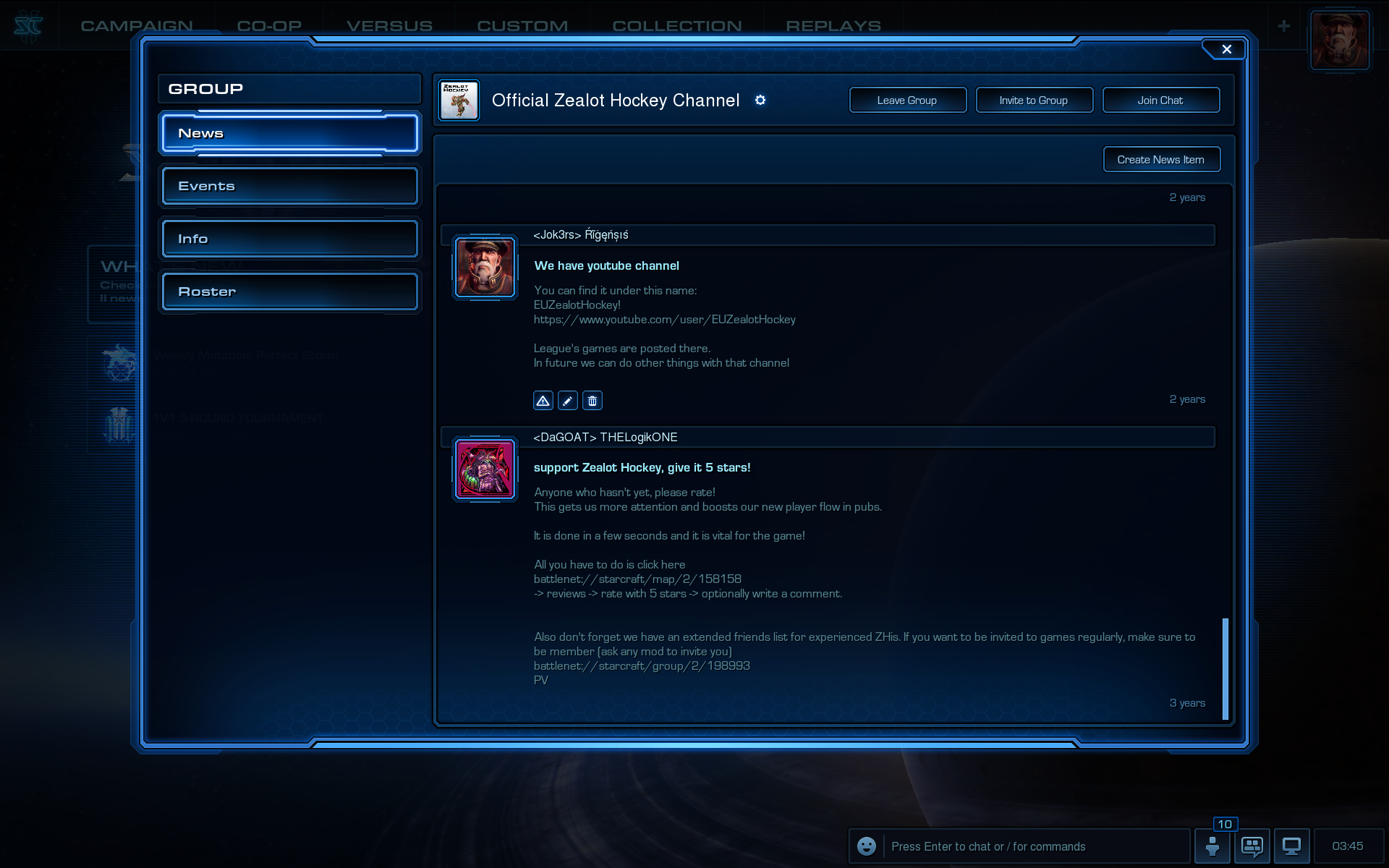 im not sure but i think the post was made by pinkvoid and logik changed it - has logik been around for 3 years? well he definitely hasnt been an admin there for 3 years.
so in short - it is pinkvoids msg - and logik giving it to us to spam in pubs.
thanks, logik!
EU - 50ms | NA - 130ms | Asia - 310ms | S. Asia - 330ms.
https://www.youtube.com/user/EUZealotHockey
https://Twitch.tv/euzealothockey
http://tinyurl.com/EUDLs6
Top
Post Reply
10 posts • Page 1 of 1