Now, I realize that I am not exactly a good person in most players' views here, but you can't deny evidence here. I actually usually enjoy playing with Looney in pubs, as he knows how to play. However, lately he's been on drugs or something and acting in an irrational manner. I am being harassed by him here. A week ago, he got upset at me for leaving games where my team was hopeless (e.g., down many goals and imba teams in pubs). then he started kicking me from his lobby. And yes, i know that I am known for rage quitting a lot, but when score is 0-5, is it really unfair to call an early mercy?

So today i got my revenge: first, we beat his ass and won the game and made him rage quit before it ended. Then I proceeded to kick him in revenge for what he had done to me. So what does he do? Spam me with some "AC" style garbage. Screenshot speaks for itself. Please ban this idiot. Pathetic that one would go to this end over an arcade game, but I suppose some "people" are more like bots programmed to respond in a hostile manner because their IQ is under 100 and their anger needs management

In the screenshot, please note the 704 unread msgs, the 3 instances of his stupid spam visible, and his question "so did player rq?" This is not a good character, he should be banned and have to create a new account

And yes, I left the game so i could go ahead and capture the evidence 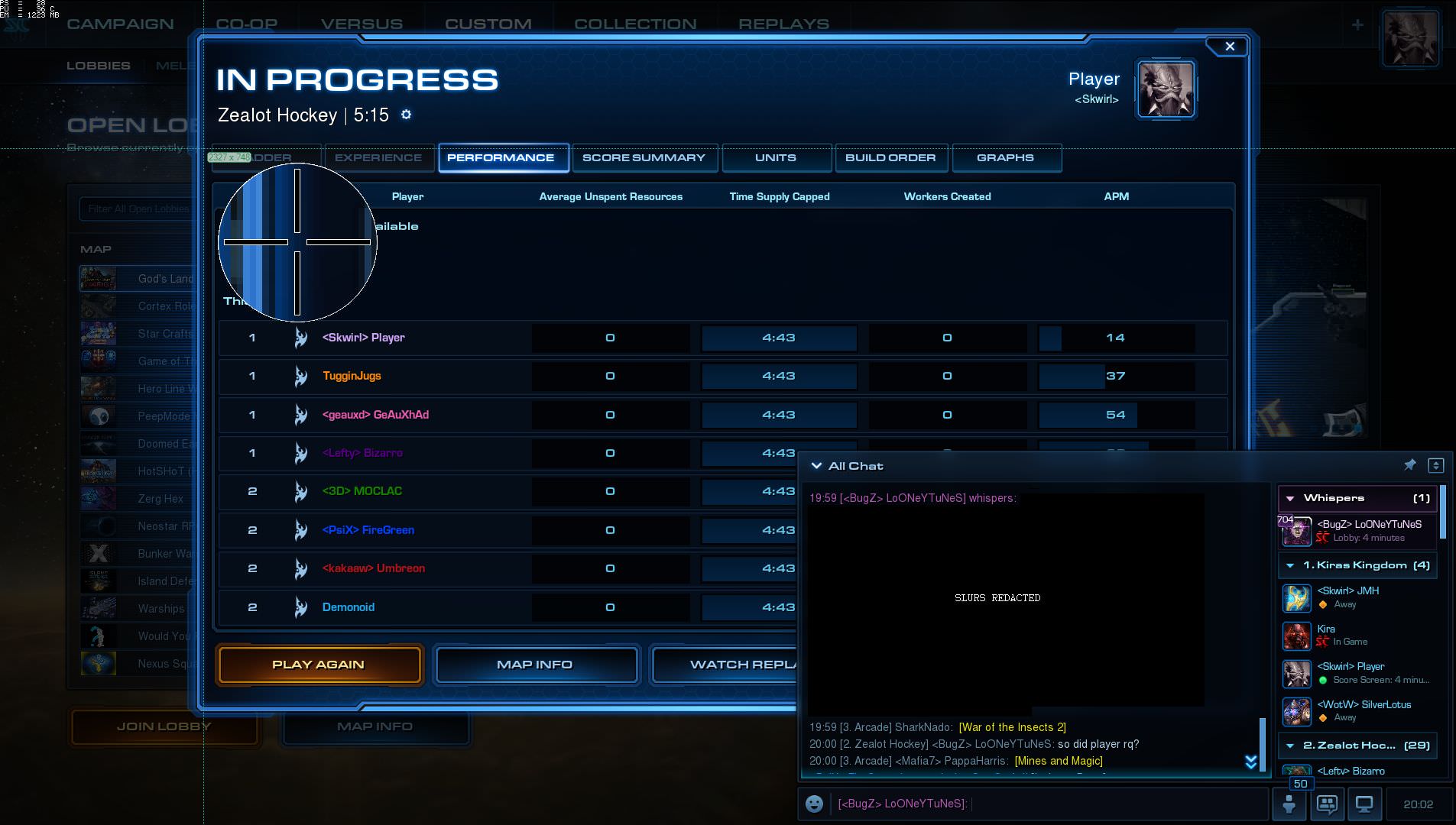 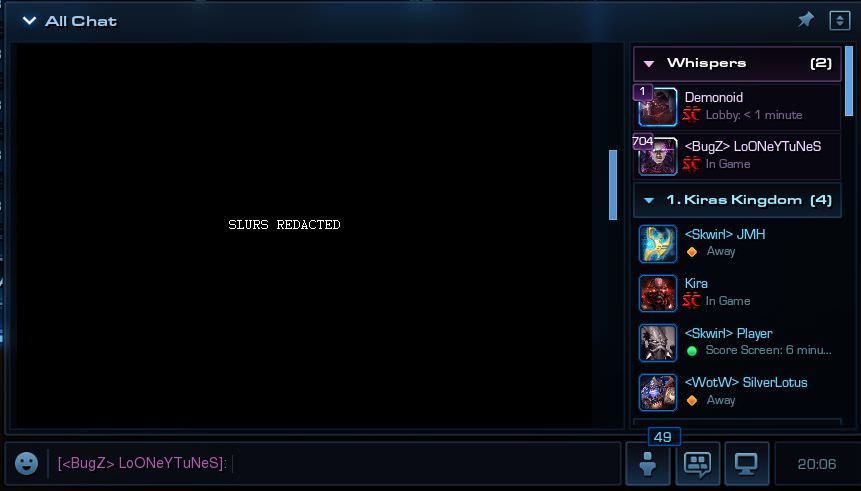 Not that it was my intention to start a "war" here, but such careless commentary serves as a good indicator of Trump supporters who think the N/F comments were nice. I could possibly share a laugh with you if he called me a noob scrub who should play tetris. But the choice of racial and sexual orientation slurs is pathetic.
Top

This doesn't belong in the ZHL section, can you or a mod move it somewhere else? Thanks.
Top

I like how all the moronic <150 IQ morons are revealing themselves. We will make ZH GREAT AGAIN!
Top

use the blizzard report system idiot

Fantastic, thanks for making this discussion irreloevant to ZH. I hope he didnt make to any ZH draft or team

It sounds to me like you don't really like this game, since you ragequit almost every game just to make yourself host for the next game, kick whoever you don't like and still ragequit that game as well. You should consider playing IHs instead.
Sid: HEAD OF STATS
Sid: DOES 0 STATS
Sid: SHAKE
Sid: MY
Sid: GOD
Sid: DAMN
Sid: HEAD
Top
Post Reply
31 posts